The first step in the genesis of the New American Bible was taken in 1936 when His Excellency, the Most Reverend Edwin V. O’Hara, D.D., chairman of the Episcopal Committee of the Confraternity of Christian Doctrine, invited a group of Catholic Scripture scholars to plan for a revised edition of the Challoner-Rheims New Testament, primarily on the basis of the Vulgate; the plans soon expanded to include the revision of the Old Testament. Archbishop O’Hara’s initiative resulted in the formation of the Catholic Biblical Association, whose principal activity in its early years was this work of revision and translation. (For information on the work done on the New Testament, see the “Preface to the New American Bible: First Edition of the New Testament” and “Preface to the Revised Edition.”) In 1943 His Holiness Pope Pius XII issued the encyclical Divino afflante spiritu, which encouraged Scripture scholars to translate the Scriptures from the original languages. He wrote: “We ought to explain the original text which was written by the inspired author himself and has more authority and greater weight than any, even the very best, translation whether ancient or modern. This can be done all the more easily and fruitfully if to the knowledge of languages be joined a real skill in literary criticism of the same text.” Although at this point work on almost twenty of the Old Testament books was completed or near completion, that work was abandoned and the new project of translating from the Hebrew, Greek, and Aramaic was undertaken.

The completed books of the Old Testament were initially published, as they became available, in four volumes: Genesis–Ruth (1952), Job–Sirach (1955), Isaiah–Malachi (1961), and Samuel–Maccabees (1969). Some fifty scholars collaborated on this project; these were mainly Catholics, but, in accord with the suggestion of Vatican II that “with the approval of the church authority, these translations be produced in cooperation with separated brothers” so that “all Christians may be able to use them” ( Dei Verbum, No. 22), non-Catholics also participated in the work. To this point the translation had been known under the name of the “Confraternity of Christian Doctrine” or CCD for short, but when these parts of the Old Testament were combined with the New Testament in a single volume, it was given the name “New American Bible,” in part to reflect its ecumenical character. In producing the new volume certain changes were made from the original four volumes: a retranslation of the Book of Genesis, cross-references, new and expanded exegetical notes.

New translations and revision of existing translations are required from time to time for various reasons. For example, it is important to keep pace with the discovery and publication of new and better ancient manuscripts (e.g., the Dead Sea scrolls) so that the best possible textual tradition will be followed, as required by Divino afflante spiritu. There are advances in linguistics of the biblical languages which make possible a better understanding and more accurate translation of the original languages. And there are changes and developments in vocabulary and the cultural background of the receptor language. An obvious example of this is the abandonment in English of the second person singular (use of “thee,” “thou,” “sayest,” “hearest”), which had a major impact on Bible translations. Other changes are less obvious but are nevertheless present. There have been changes in vocabulary; for example, the term “holocaust” is now normally reserved for the sacrilegious attempt to destroy the Jewish people by the Third Reich. Concerns such as these are reflected in what Pope John Paul II spoke of as the “three pillars” of good biblical translation: “A good translation is based on three pillars that must contemporaneously support the entire work. First, there must be a deep knowledge of the language and the cultural world at the point of origin. Next, there must be a good familiarity with the language and cultural context at the point where the work will arrive. Lastly, to crown the work with success, there must be an adequate mastery of the contents and meaning of what one is translating”—and he praised the translation that “utilizes the vocabulary and idioms of everyday speech” (“le parole e le forme della lingua di tutti i giorni”). (From an address to the United Bible Societies, November 26, 2001.)

This new edition is a thorough revision of the already excellent New American BibleOld Testament of 1970. Work on most books of the Old Testament, begun in 1994 and completed in 2001, was done by forty revisers and a board of eight editors. The 1991 revision of the Psalter, the work of thirty revisers and six editors, was further revised by seven revisers and two editors between 2009 and 2010. As suggested in the comments above, the revision aimed at making use of the best manuscript traditions available (see below), translating as accurately as possible, and rendering the result in good contemporary English. In many ways it is a more literal translation than the original NAB and has attempted to be more consistent in rendering Hebrew (or Greek) words and idioms, especially in technical contexts, such as regulations for sacrifices. In translating the Psalter special effort was made to provide a smooth, rhythmic translation for easy singing or recitation, and to retain the concrete imagery of the Hebrew.

Where the Old Testament translation supposes the received text—Hebrew, Aramaic, or Greek, as the case may be—ordinarily contained in the best-known editions, as the original or the oldest extant form, no additional remarks are necessary. Where the translators have departed from those received texts, e.g., by following the Septuagint rather than the Masoretic text, accepting a reading of what is judged to be a better textual tradition, as from a Qumran manuscript, or by emending a reading apparently corrupted in transmission, such changes are recorded in the revised edition of the Textual Notes on the New American Bible. Additional information on the textual tradition for some books may be found in the introduction to the book in the same Textual Notes.

In particular, important manuscripts from Cave 4 of Qumran, as well as the most useful recensions of the Septuagint, have been consulted in the preparation of 1 and 2 Samuel. Fragments of the lost Book of Tobit in Aramaic and in Hebrew, recovered from Cave 4 of Qumran, are in substantial agreement with the Sinaiticus Greek recension used for the translation of this book. The lost original Hebrew text of 1 Maccabees is replaced by its oldest extant form in Greek. Judith, 2 Maccabees, and parts of Esther are also translated from the Greek. The translation of The Wisdom of Ben Sira is based on the original Hebrew as far as it is preserved, with corrections from the ancient versions; otherwise, the Greek of the Septuagint is followed. In the Book of Baruch the basic text is the Greek of the Septuagint, with some readings derived from an underlying Hebrew form no longer extant. In the deuterocanonical sections of Daniel (3:24–90; 13:1–14:42), the basic text is the Greek text of so-called Theodotion, occasionally revised according to the Greek text of the Septuagint.

Collaborators on the Old Testament of the New American Bible 1970

Bishops’ Committee of the Confraternity of Christian Doctrine

Collaborators on the Revised Psalms of the New American Bible 1991

Most Rev. Emil A. Wcela

Collaborators on the Old Testament of the New American Bible 2010

Subcommittee on the Translation of Scripture Text

Most Rev. Anthony B. Taylor

Subcommittee on the Translation of Scripture Text

Most Rev. Anthony B. Taylor

Scripture texts, prefaces, introductions, footnotes and cross references used in this work are taken from the New American Bible, revised edition © 2010, 1991, 1986, 1970 Confraternity of Christian Doctrine, Inc., Washington, DC All Rights Reserved. No part of this work may be reproduced or transmitted in any form or by any means, electronic or mechanical, including photocopying, recording, or by any information storage and retrieval system, without permission in writing from the copyright owner.

In accord with canon 825 §1 of the Code of Canon Law, the United States Conference of Catholic Bishops hereby approves for publication The New American Bible, Revised Old Testament, a translation of the Sacred Scriptures authorized by the Confraternity of Christian Doctrine, Inc.

The translation was approved by the Administrative Committee of the United States Conference of Catholic Bishops in November 2008 and September 2010. It is permitted by the undersigned for private use and study.

Given in the city of Washington, the District of Columbia, on the Feast of Saint Jerome, Priest and Doctor of the Church, the 30th day of September, in the year of our Lord 2010.

Hundreds of versions in 1600+ different languages - the Bible that goes with you anywhere. 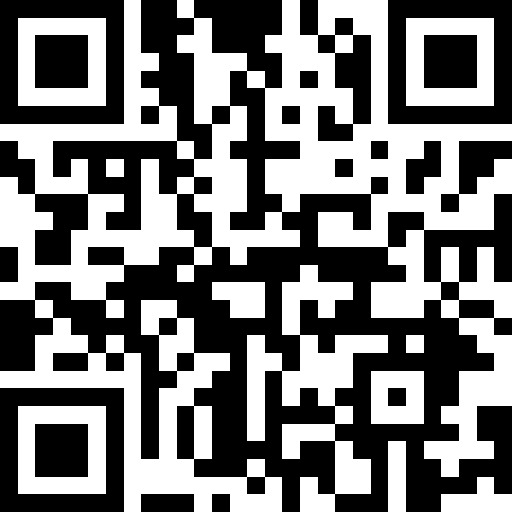 Scan this QR Code with your mobile device to download the free Bible app.

Encouraging and challenging you to seek intimacy with God every day.

A digital ministry of